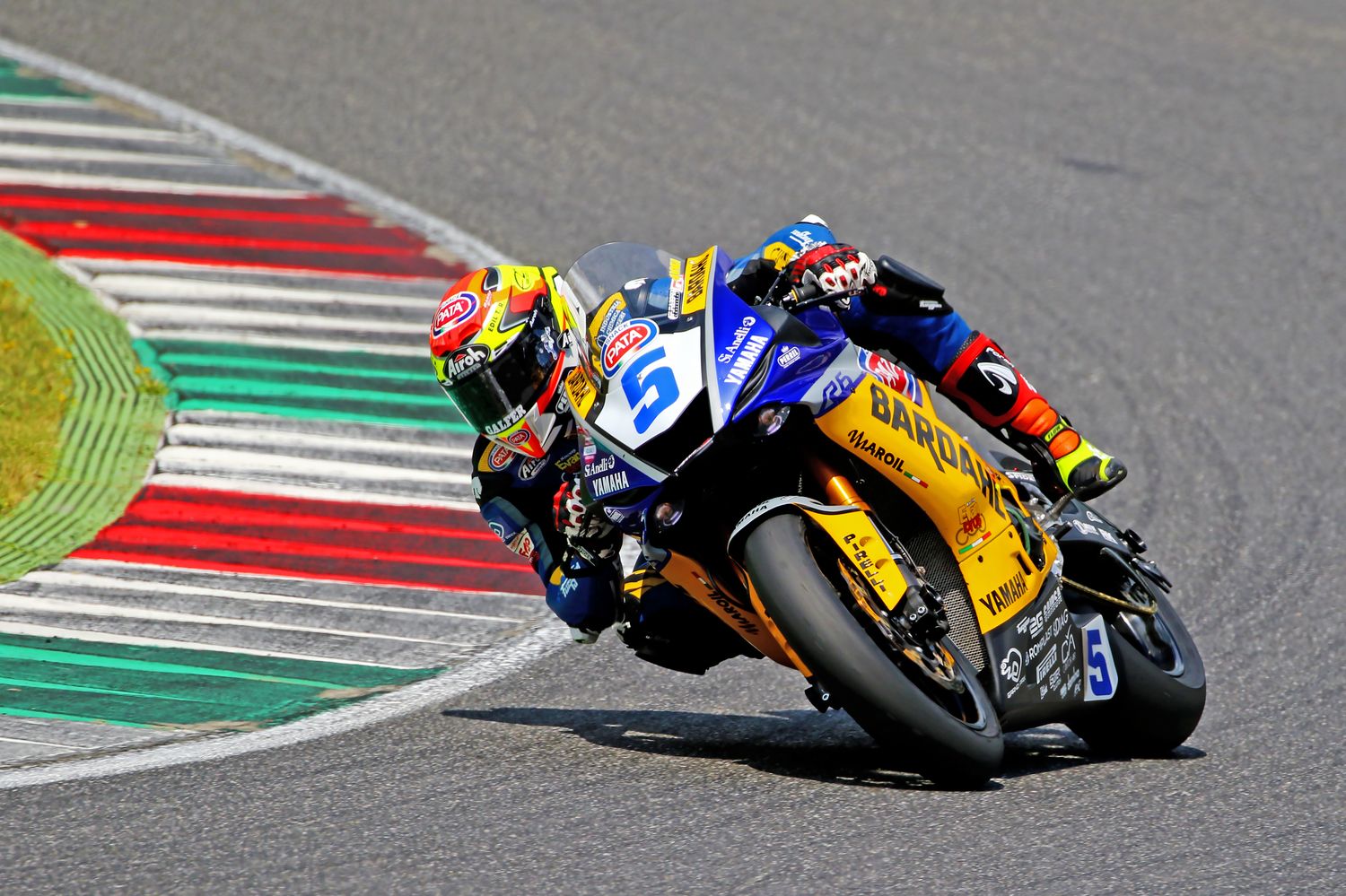 First day of racing today on the Mugello circuit, and first affirmation for Andrea Locatelli and the BARDAHL Evan Bros., who continue in the best way their wild card weekend in the Italian Championship. The Tuscan Saturday gave the team more information with a view to the future, and above all the much coveted return to racing.


The morning saw the second qualifying session, the first on a dry track after yesterday's rain, in which Locatelli managed to confirm his pole position by stopping the clock at 1'52"757. An incredible time, with which the rider from Bergamo improved by about six tenths the track record set by himself yesterday.
In the afternoon it was time for the race. Locatelli made the most of the start from the first position of the grid, taking the lead from the first corner and then not leaving it until the checkered flag, which saw him winner with about 20 seconds ahead of the second. As Andrea was in the track as a wild card he could not physically climb the first step of the podium, but it remains the great work of the rider from Bergamo in terms of speed and race pace.
The next commitment that awaits the BARDAHL Evan Bros. WorldSSP Team is the warm up tomorrow morning at 10.15, while in the afternoon will be staged the second and final race of the weekend (16.25). Just like today's race, Race 2 will be broadcast live on Sky Sport MotoGP (channel 208), on elevensports.it and on the CIV and Motosprint Facebook pages.
QP2 results

P5 - Alessandro Nocco (Kawasaki) +2,037
Race results 1
P1 - Andrea Locatelli (BARDAHL Evan Bros. WorldSSP Team, Yamaha)
P2 - Luca Bernardi (Yamaha)
P3 - Roberto Mercandelli (Honda)
P4 - Davide Stirpe (MV Agusta)
P5 - Massimo Roccoli (Yamaha)
Andrea Locatelli: "I am satisfied with the work done today, as we are continuing to collect a lot of useful data in view of the recovery of our championship. Having the chance to do a race is very important in this sense, and beyond the result we were able to understand some very interesting things. The bike has worked well throughout the race and that makes me very satisfied, I can only be more and more confident for the next races, and i really thank the team for the great work they have done".