We are in history! Andrea Locatelli wins Race 2 at Portimao, he wins the fifth success in a row and enters into the book of records 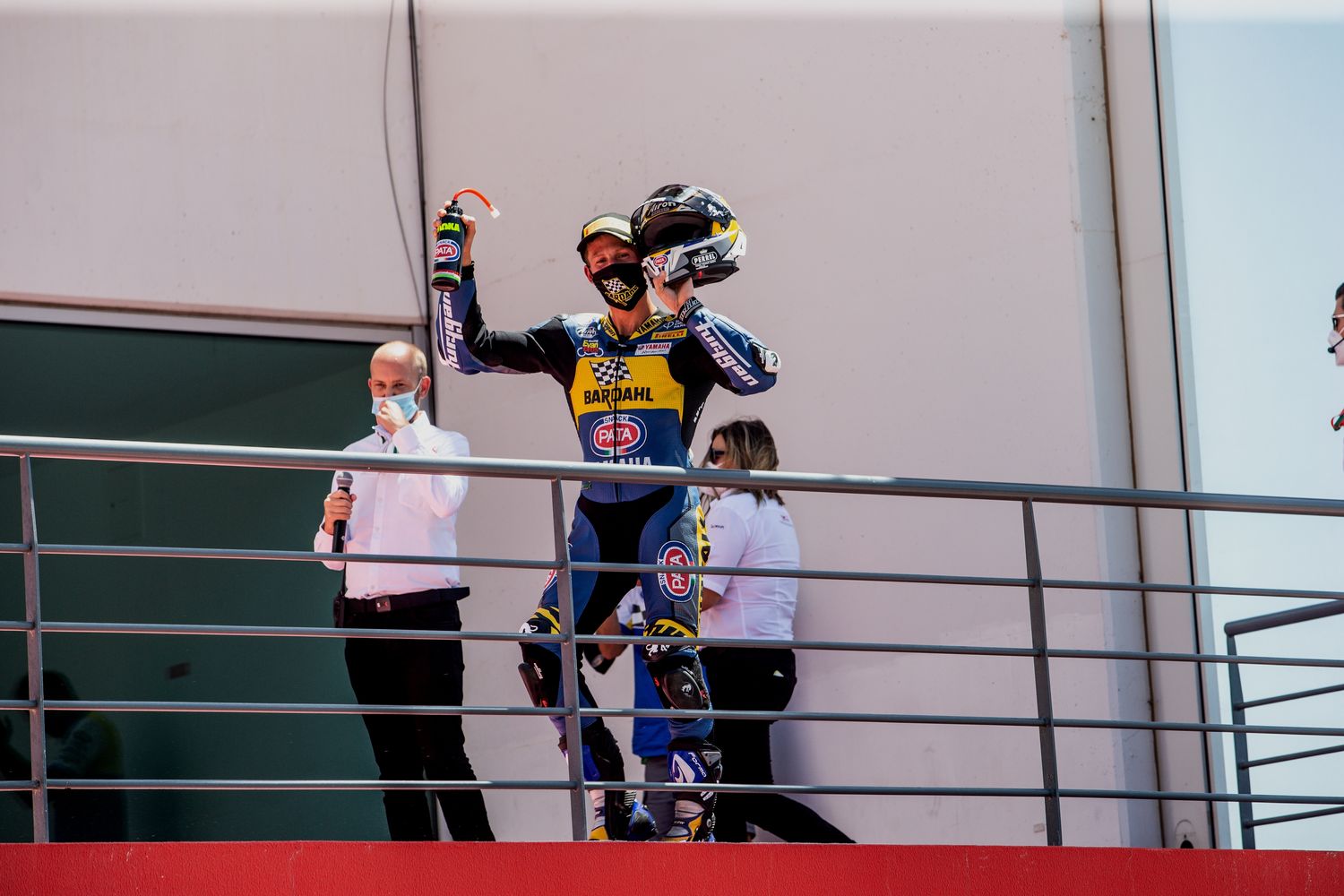 A day to remember today for the BARDAHL Evan Bros. WorldSSP Team and Andrea Locatelli, who have written a page in the history of the Supersport World Championship in Portimao. Locatelli in fact managed to achieve his fifth consecutive victory in five races, setting a new and historic record in the category. All this in the role of rookie: an amazing and difficult to replicate result.
The Portuguese Sunday opened as usual with the warm up, which Locatelli closed with great authority in first position, resulting with his best time (1'45"083) almost half a second faster than the first pursuer.
At 13.30 (Italian time) here comes the moment of Race 2. Starting from pole position Locatelli used the first few laps to study the situation, staying in close contact with the lead of the race and then (in a similar way to yesterday) getting away together with Cluzel. On lap nine Andrea took the first position, once again managing to take advantage of his rival thanks to a fast and constant pace, and crossing the line with more than two seconds of advantage.
With this historic fifth consecutive success Locatelli strengthens his leadership in the championship standings, bringing his lead over Cluzel to 35 points, and aims for another record. In fact, the rider from Bergamo is only one success away from equaling Paolo Casoli, the Italian rider with the highest number of victories in WorldSSP.
The first (possible) new appointment with history will be in the weekend of 28 - 30 August, when the WorldSSP championship will be on stage at Motorland Aragon. Before this date the team and the rider will have a test day on Thursday 13th August, right on the Spanish track.
Race 2 #PRTWorldSBK results
P1 - Andrea Locatelli (BARDAHL Evan Bros. WorldSSP Team, Yamaha)
P2 - Jules Cluzel (Yamaha) +2.889
P3 - Isaac Vinales (Yamaha) +5.517
P4 - Steven Odendaal (Yamaha) +9.547
P5 - Philip Oettl (Kawasaki) + 16.743
Andrea Locatelli: "I never thought I could win the first five races of the season, but we did and that makes me really proud. At the start things didn't go well, so in the first laps I had to push to close the gap with Cluzel. Once I reached him I followed him, and when he made a small mistake I took advantage of it to move into the lead. At that point I tried to make my move, aware that I could get away, and that was it. Setting a record gives this day an even sweeter taste and I have to thank the team for providing me a really good bike".