And it's poker! Andrea Locatelli takes the pole, wins Race 1 in Portimao and goes up in the championship standings 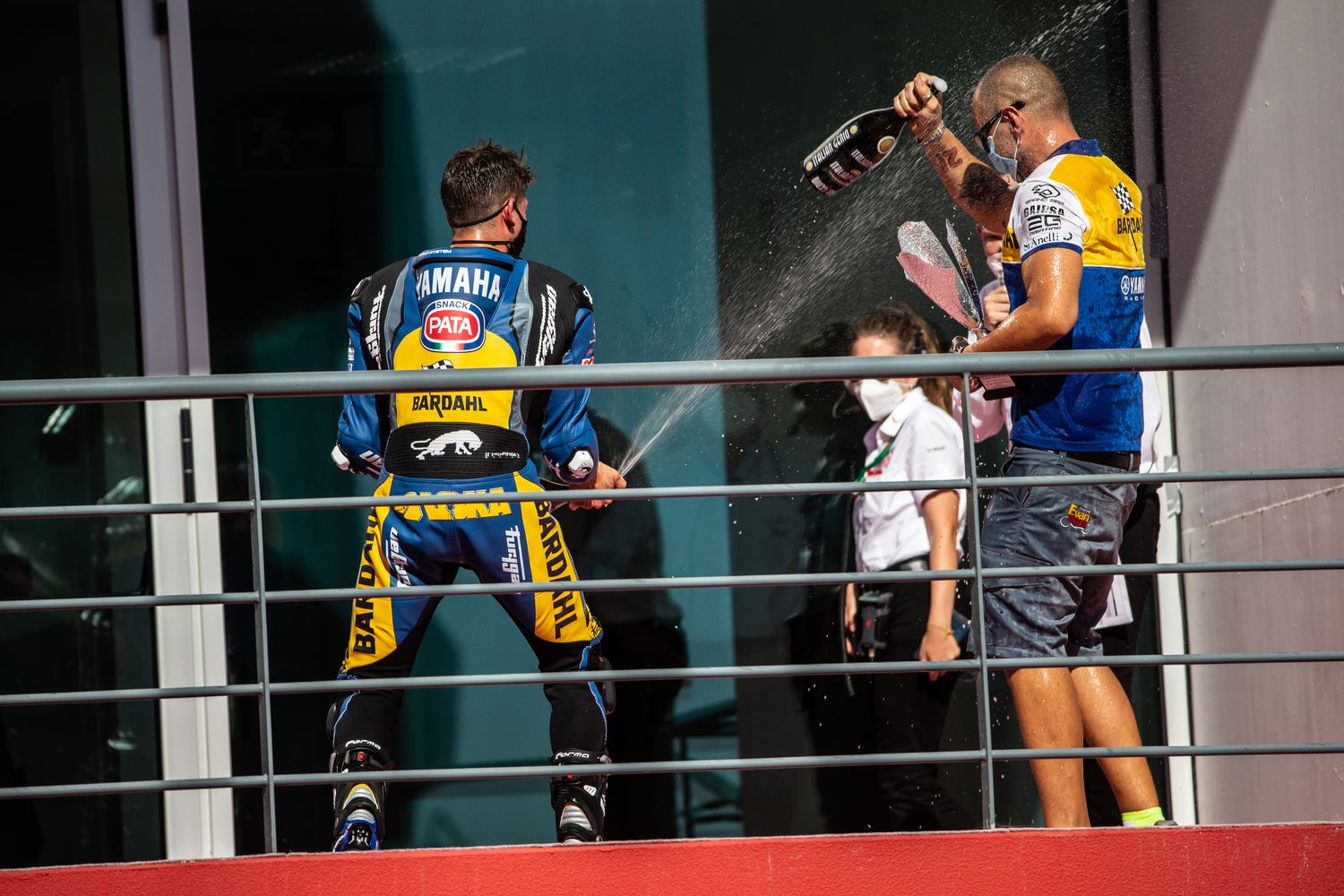 Today was Andrea Locatelli's first ever race at the Portimao circuit, but that didn't stop him from taking his fourth win out of four races. A sensational result for Andrea and the BARDAHL Evan Bros. WorldSSP Team, who as reigning champion team continues to remain among the reference structures of the category.
The Portuguese Saturday opened with the FP3, closed by Locatelli in fourth place and useful to understand the behavior of his Yamaha YZF-R6 in race configuration.
In the late morning (12.40 Italian time) went on stage the Superpole, which again saw Locatelli protagonist. The number 55 set the fastest time (1'44"627) a few minutes after the session began, remaining at the top of the standings until the end of the session and taking his third pole position in WorldSSP out of three attempts.
In the afternoon, with a delay of about an hour and a quarter due to a crash in the previous Superbike race, the lights of Race 1 went out. In the first few laps the rider from Bergamo stayed with the leading group and then took off together with Cluzel. In the second part Locatelli took the reins of the race, beginning to stretch out on his escape companion and forcing him to make a mistake, thus once again being able to pass solo winner under the chequered flag.
With today's victory Locatelli equals a legend of the category like Kenan Sofuoglu, who had won four consecutive races in 2017, and above all he has now 100 points in the championship, with a 30 point lead over the second. Tomorrow Locatelli and the BARDAHL Evan Bros. WorldSSP Team will be back on track for the morning warm up (10.25 Italian time), and especially for Race 2 at 13.30 Italian time.
Superpole #PRTWorldSBK Results

P1 - Andrea Locatelli (BARDAHL Evan Bros. WorldSSP Team, Yamaha)
P2 - Lucas Mahias (Kawasaki) +8.830
P3 - Raffaele De Rosa (MV Agusta) +11.217
P4 - Corentin Perolari (Yamaha) +11.228
P5 - Isaac Vinales (Yamaha) +11.235
Andrea Locatelli: "Winning on this track at the first attempt is incredible, I am really happy. It wasn't easy for several reasons: the track conditions have changed a lot since yesterday, especially because of the wind, and since the start I had a small problem with the clutch, which fortunately didn't prevent me from being fast throughout the race. In the first part of the race I had to fight with Cluzel, who was very fast, but in the second part I was able to go ahead and make my pace. This victory is very important for the championship, I am really excited and I hope I can fight for the same result tomorrow".