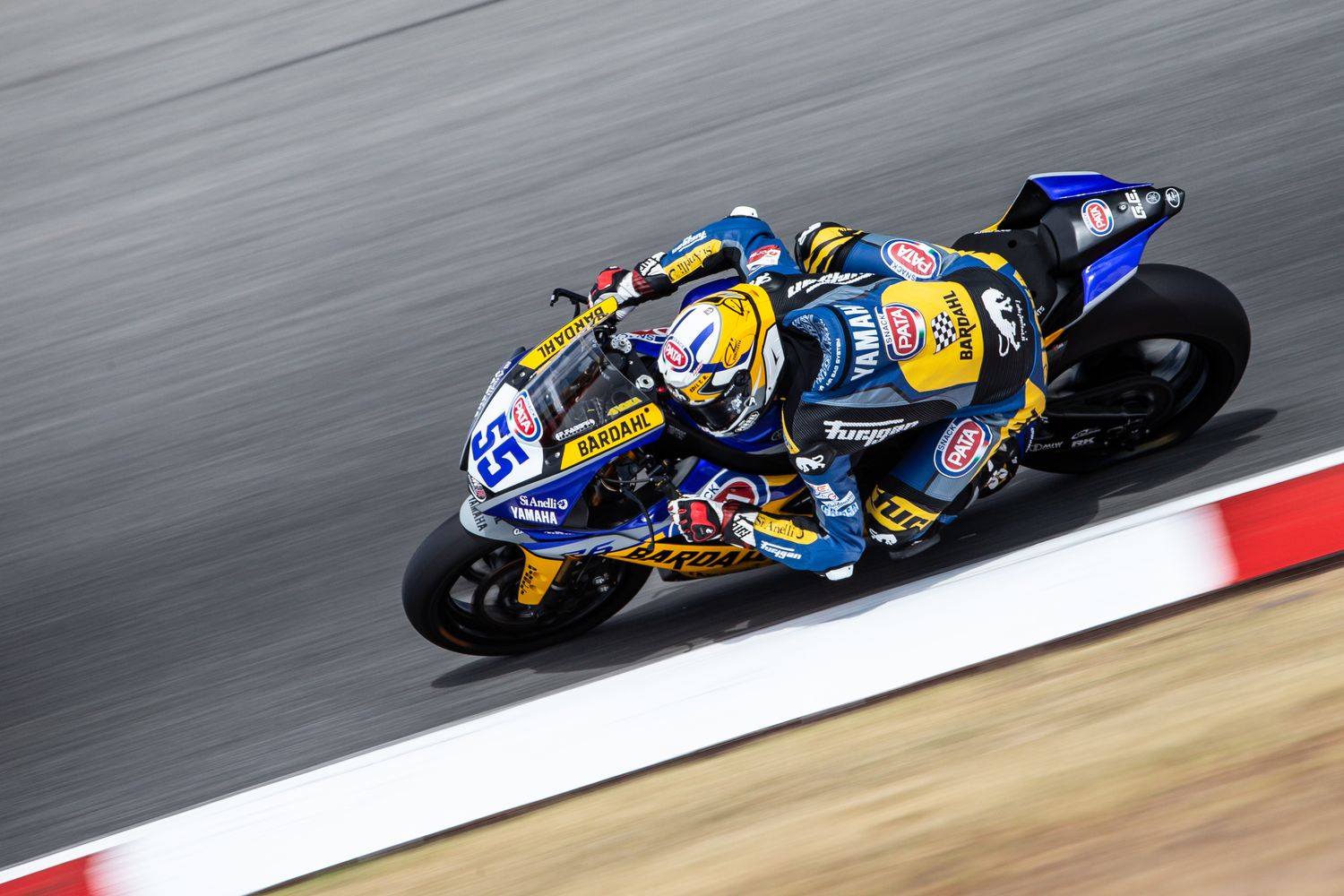 The third round of the Supersport World Championship season opened today with the first two free practice sessions at the spectacular Portimao circuit. The first day of practice in Portugal smiled widely at the BARDAHL Evan Bros. WorldSSP Team and its rider Andrea Locatelli, who managed to close both sessions in first position, despite his almost minimal knowledge of the track.


Locatelli in fact started today his first ever race weekend in the Algarve, after getting to know the circuit during a two-day test last January.
For this reason, the morning FP1 (11.30 Italian time) were used by the rider from Bergamo to get familiar with the track and start to create the ideal set up for his YZF-R6, while at the same time he managed to close in first position, thanks to a time of 1'45"847.
Less than two hours later (due to a change in the scehdule) the FP2 came on the scene, where Locatelli managed to improve his time, setting a time of 1'45"598, as well as to regain first position at the end of the session. All this despite a crash at turn five about fifteen minutes from the end of the session, which did not cause any particular damage to either the rider or the bike.
The BARDAHL Evan Bros. WorldSSP Team will return to the track tomorrow at 10.30 am (Italian time) for the FP3. At 12.40 will be the time of the Superpole that will decide the starting grid, while at 15.15 will start Race 1. The Superpole and Race 1 will be live on Sky Sport Arena, channel 204 of the Sky platform.
FP1 + FP2 #PRTWorldSBK
Results
P1 - Andrea Locatelli (BARDAHL Evan Bros. WorldSSP Team, Yamaha) 1'45"598
P2 - Jules Cluzel (Yamaha) +0.068
P3 - Isaac Vinales (Yamaha) +0.677

P4 - Lucas Mahias (Kawasaki) +0.464
P5 - Raffaele De Rosa (MV Agusta) + 0.550
Andrea Locatelli: "It was a special day. The track is new for me, I have yet to understand several things, but I tried to push from the start and I am happy with the first position obtained. It's just a shame about the crash in the FP2, caused by a pothole, but luckily neither me nor the bike suffered several damage. I am satisfied with the team's work, they have given me a really fast bike as always: we will continue to work in the same way in view of tomorrow, with the aim of staying in the first positions".