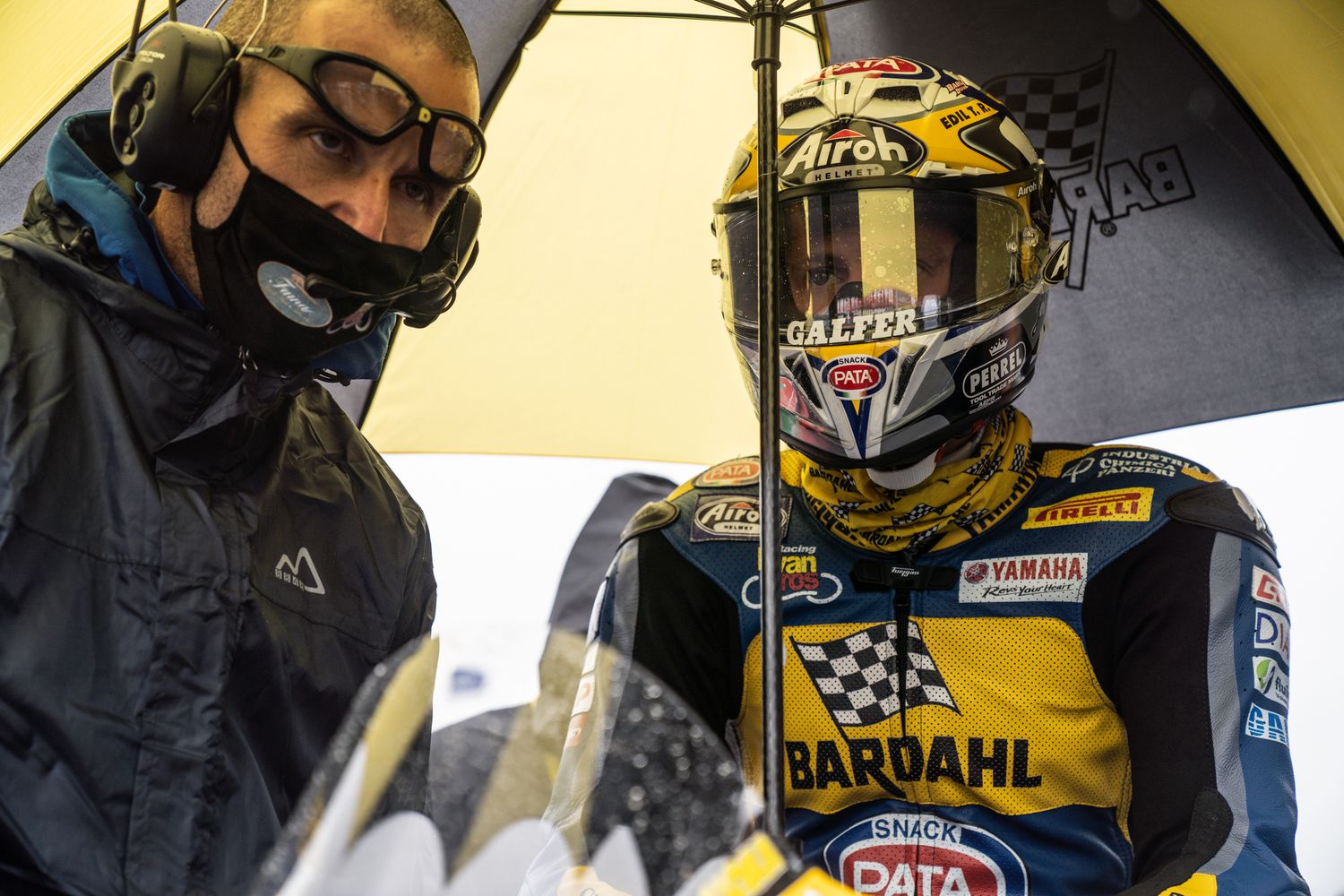 Negative Sunday for the BARDAHL Evan Bros. WorldSSP Team and Andrea Locatelli, forced to close the weekend of Magny - Cours with a crash during the warm up lap of Race 2, held on a wet track. A mocking outcome of the day for the World Champion duo, struggling with the first stop in this 2020 championship.
Locatelli inaugurated the French Sunday by getting on track for the warm up, being once again very fast in the wet, managing to close the session in first position thanks to the time of 1'51"919. At 12.30 it was time for Race 2, characterized (like the rest of the weekend) by rain and the consequent wet asphalt.
Andrea started from the fourth place of the grid for the warm up lap, but at turn 12 he lost control of his Yamaha YZF-R6 and ended up on the ground. Locatelli consequently returned to the pit to try to repair his bike and restart, but the damage caused the team to desist.
Today's crash obviously does not affect the championship standings, which has already crowned Andrea Locatelli and the BARDAHL Evan Bros. WorldSSP Team World Champions. Team and rider are now already projected towards the next and final round of the season, scheduled for the weekend of 18 October on the Estoril circuit.
Race 2 #FRAWorldSBK Results

P1 - Lucas Mahias (Kawasaki)
P2 - Kyle Smith (Yamaha) + 5.332
P3 - Hannes Soomer (Yamaha) +24.651
P4 - Steven Odendaal (Yamaha) +33.041
P5 - Karel Hanika (Yamaha) +38.600
DNF - Andrea Locatelli (BARDAHL Evan Bros. WorldSSP Team, Yamaha)
Andrea Locatelli: "I am very sorry for the outcome of the race, unfortunately a small mistake has deprived us of the chance to be protagonists again. I thank the team for the great work done during the whole weekend. Now the best thing is to forget what happened today, to get ready for the last round and close the season in style".