Third position in the wet for BARDAHL Evan Bros. WorldSSP Team and Andrea Locatelli on Friday in Magny - Cours 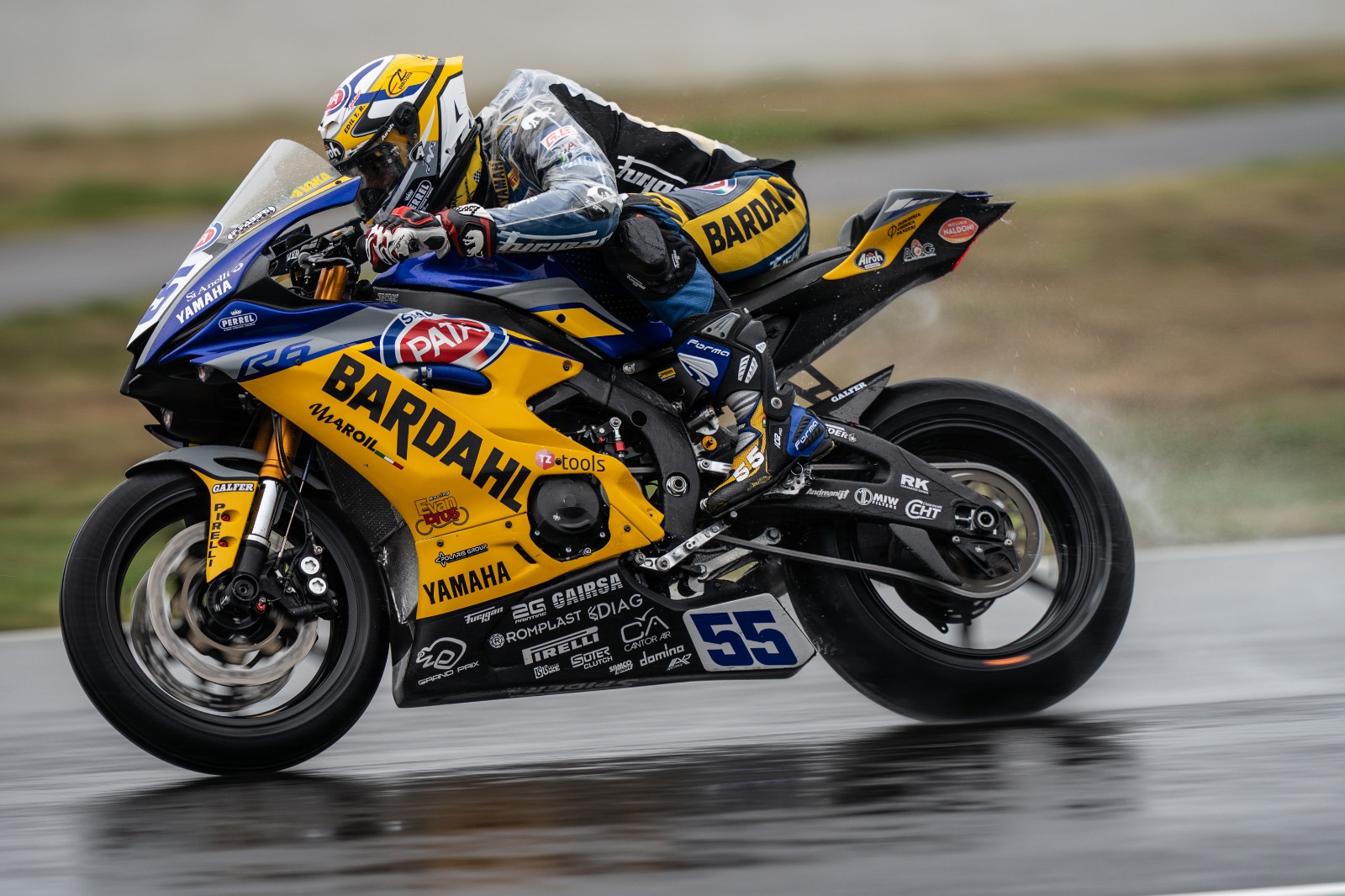 The penultimate round of the 2020 WorldSSP World Championship opened today with the first two free practice sessions at the French track of Magny - Cours. As partly foreseen by the weather forecast, the day one was marked by rain, which kept the track wet throughout the day. The adverse conditions did not prevent BARDAHL Evan Bros. and Andrea Locatelli, making his absolute debut on the transalpine track, from finishing third in the combined classification of the two sessions.
In the FP1 of the late morning the 2020 World Champion began to know the track in all its aspects, reporting 14 laps and improving step by step, until obtaining a positive eighth final position.
As foreseen by the new programme of the day, modified after the postponement of the first free session of the Supersport300 due to bad track conditions, at 14 FP2 went on stage.
Here Locatelli was able to improve his morning time already at the fourth of the 16 laps completed, thanks to a greater confidence and to the work done on the setup together with the World Champion team, gaining the third position both in the session and in the combined classification at the end of the day.
Tomorrow the BARDAHL Evan Bros. WorldSSP Team and Andrea Locatelli will be back on track at 9.30 for the FP3, while at 11.40 it will be time for the Superpole, to decide the starting grid of the two scheduled races, the first of which will take place a few hours later, at 15.15, and it will be broadcast live on channel 208 of the Sky platform. Team and rider are motivated to obtain a prestigious result, to celebrate the recent conquest of the world title.
FP1 + FP2 #FRAWorldSBK results
P1 - Kyle Smith (Yamaha) 1'54"250
P2 - Lucas Mahias (Kawasaki) +0,812

P3 - Andrea Locatelli (BARDAHL Evan Bros. WorldSSP Team, Yamaha) +0.915
P4 - Steven Odendaal (Yamaha) +1,028
P5 - Kevin Manfredi (Yamaha) +1,238
Andrea Locatelli: "Overall our day was positive, I was able to begin to understand the track and at the same time to get to know our Yamaha's behaviour in the wet. The track conditions were tricky in both sessions, so it's also important not to have crashed, despite the fact that I made a long run in the afternoon which allowed me to get a lot of useful information. Tonight we will analyze the data of the day with patience, with the aim of improving and being among the protagonists tomorrow".