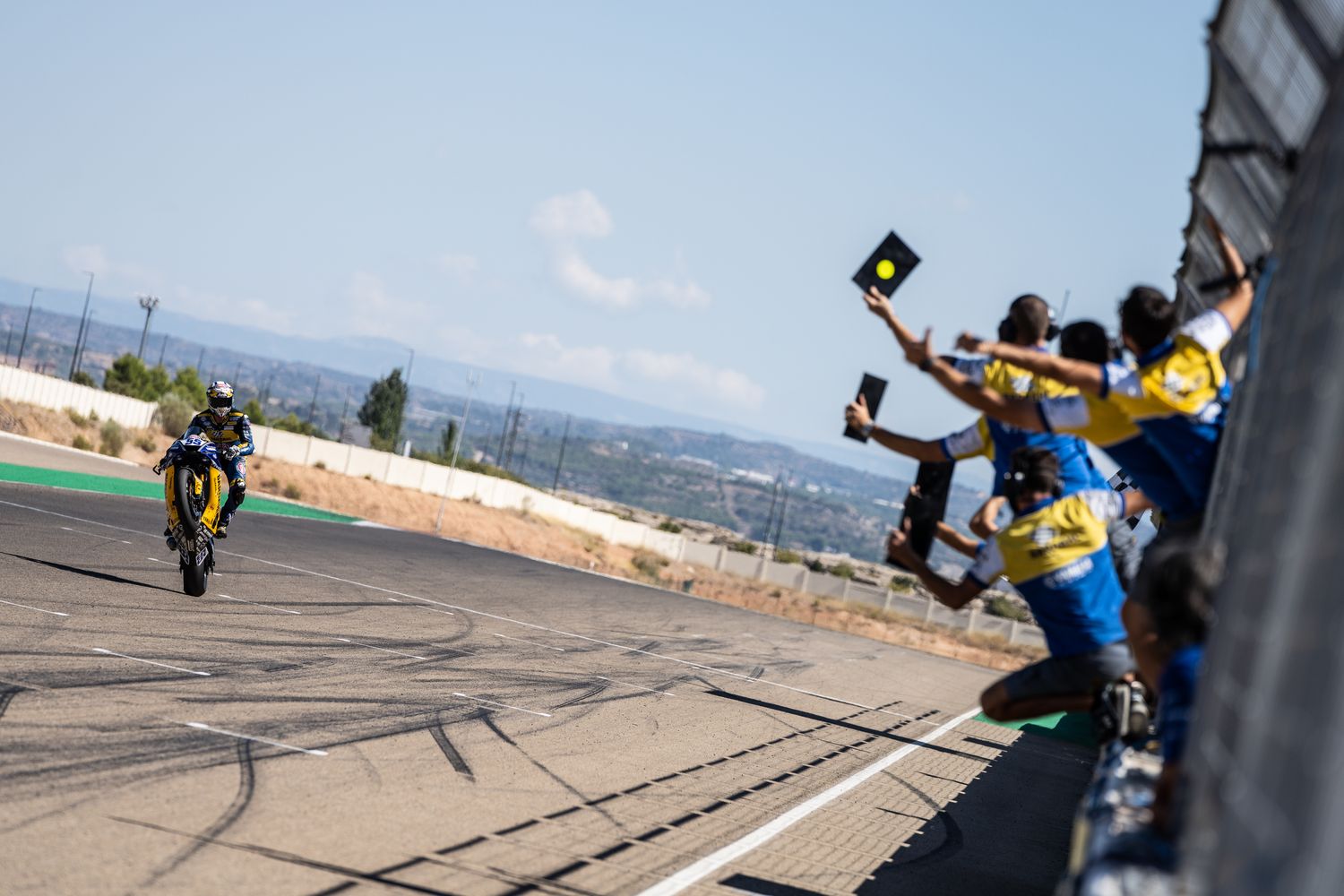 The Aragon track continues to give great satisfaction to the BARDAHL Evan Bros. WorldSSP Team and Andrea Locatelli, who also on the Saturday of the Teruel Round left nothing to their rivals, conquering first the pole position and then the victory of Race 1.
The magic Saturday of the binomial that is dominating the WorldSSP 2020 started with the FP3 of the morning, which Locatelli closed in first position thanks to the time of 1'53"030, signing the new Motorland record lap. The record, however, lasted only a few hours, as in Superpole the rider from Bergamo even managed to improve his record, conquering a sensational pole position with a time of 1'53"003. For Locatelli this is the fifth consecutive pole position, which allows him to match the record of Sam Lowes, who in 2013 had conquered the same number of consecutive poles.
In the warm early afternoon of Aragon came the moment of Race 1, which Locatelli masterfully conducted. Starting from the first place, Andrea took the lead right from the first corners of the first lap, and then once again he made his quick race pace count, managing to detach all his rivals and win the eighth race out of the eight races raced.

Thanks to the triumph gained Locatelli strengthens his leadership in the championship standings, with 54 points ahead of Cluzel. Today's success also allows the number 55 to set another record: from today Loka is, together with Kenan Sofuoglu, the most successful rider in the history of the category.
Tomorrow will be the second and final day of racing. The programme will open at 09.25 with the warm up, while at 12.30 the BARDAHL Evan Bros.WorldSSP Team and Andrea Locatelli will be on track for Race 2. This will be live on channel 208 of the Sky platform.
Superpole

P1 - Andrea Locatelli (BARDAHL Evan Bros. WorldSSP Team, Yamaha)
P2 - Raffale De Rosa (MV Agusta) +6.012
P3 - Jules Cluzel (Yamaha) +10.079
P4 - Lucas Mahias (Kawasaki) +14.516
P5 - Philipp Oettl (Kawasaki) +15.525
Andrea Locatelli: "It is always beautiful to live fantastic days like this. This morning things went in the best possible way, as I managed to make the track record in FP3 and improve it in Superpole, so I knew I was ready for the race. The work done in the race optic paid off: I was able to manage the situation right from the start, managing to go on the run despite the rising temperature. We have to work ahead of tomorrow but I can only be happy, we are dominating and limiting errors to a minimum".