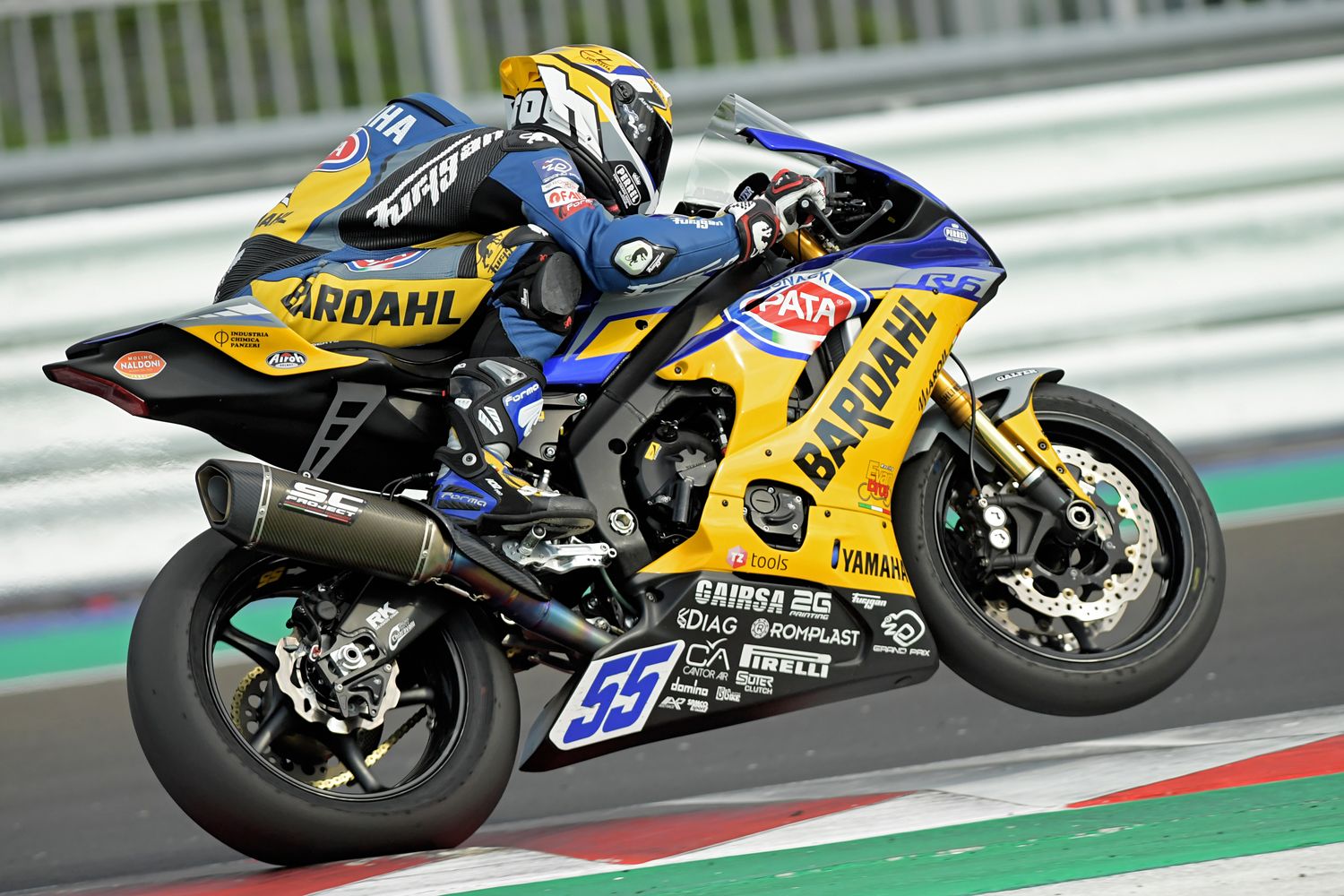 The day of testing at the Misano World Circuit of the BARDAHL Evan Bros. WorldSSP Team, ready more than ever to resume the season started in the best way in Australia, ended with 86 laps and many useful information. The day took place under the sign of the great heat, typical of the summer in Romagna, which did not prevent the team and the rider Andrea Locatelli to improve hour after hour, both technically and chronometrically.
During the morning Locatelli went out on track with the hardest tyre compound, to get familiar with his Yamaha YZF-R6 and especially with the new Misano asphalt. During the runs there were a series of changes to the set-up, which allowed Locatelli to close the first part of the day with a time of 1'38"313, already six tenths faster than last year's pole position on the same track.
In the afternoon a change to the clutch set up allowed the bike and rider to take an important step forward, both in terms of single lap and pace, an aspect taken care of by the team throughout the day. In the final part of the afternoon Locatelli took to the track with the softer tyre compound and, also thanks to the marked lowering of the asphalt temperature, he managed to lower his time to an extraordinary 1'37"664, much faster than the other Supersport bikes on track.
A very positive day therefore, which allows the BARDAHL Evan Bros. WorldSSP Team to look forward with great confidence to the second race of the championship, scheduled for the weekend of 2 August at the Andalusian circuit of Jerez de la Frontera.

Andrea Locatelli: "I'm very satisfied with the work we've done, because even though we only had one day to do everything we set out to do. I was able to do a lot of kilometres and was also fast, so it was a really positive return to the track. I focused a lot on my pace, even though the new Misano asphalt isn't quite proving in this respect, and I was fast even on the single lap. I am convinced that all the effort we put in will help us at Jerez, and I really want to thank the whole team for the great work they did during the day".