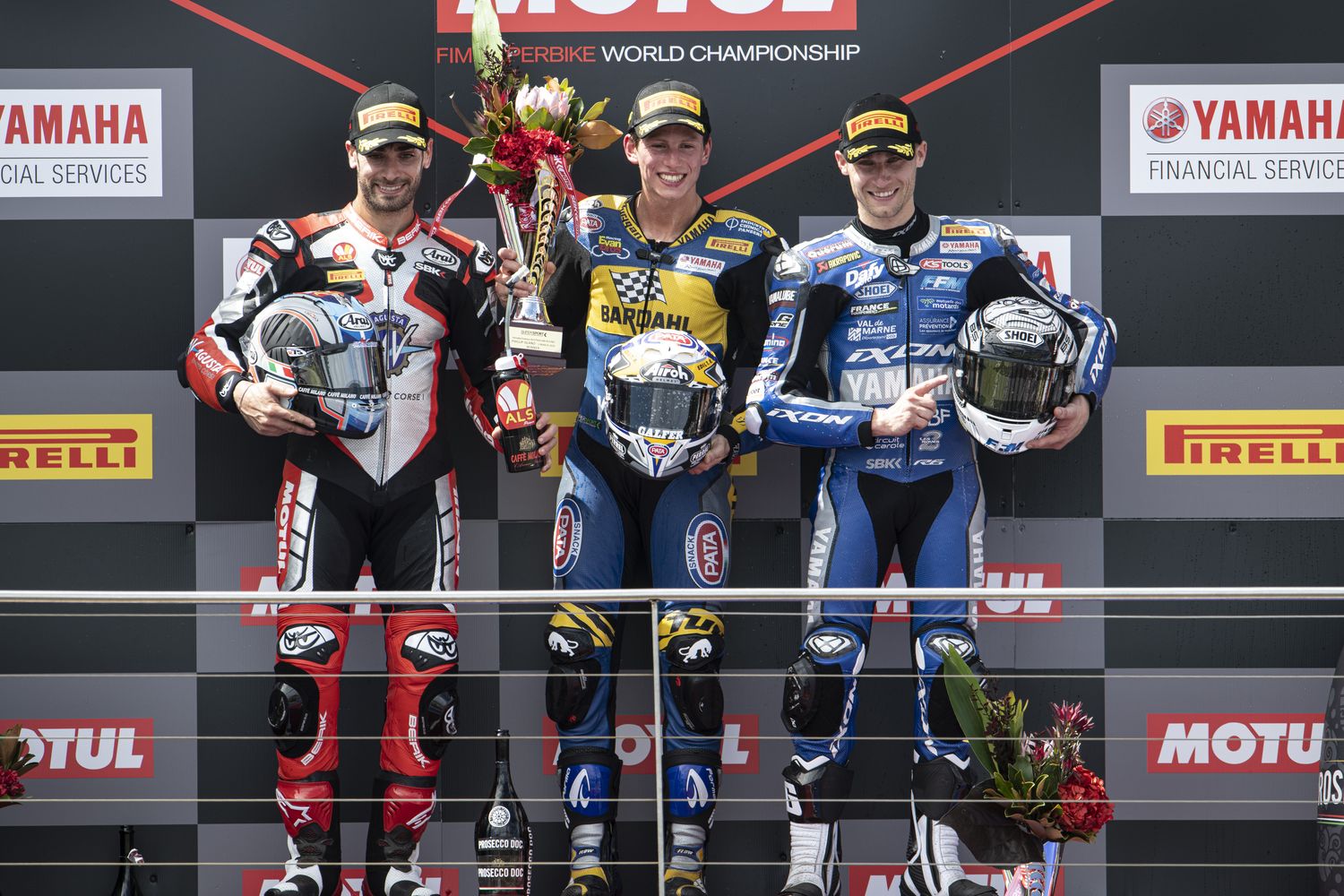 The 2020 season of the BARDAHL Evan Bros. WorldSSP Team opens in a triumphant way, with its rider Andrea Locatelli crowning a perfect weekend by winning the first race of the year on the spectacular Phillip Island circuit. A day to remember therefore for the team and especially for the rider from Bergamo, who takes his first Supersport victory at the first attempt.
Starting from pole position after an excellent Superpole, Locatelli took the lead of the race from the first corner, leaving it only in the ninth lap of the race, when he entered the pits for the mandatory tyre change scheduled for today's race. Having regained the lead on the next lap, the number 55 continued to impose a pace that was simply unsustainable for all his rivals, allowing him to win the race alone, almost six seconds ahead of the second classified.
Thanks to today's victory Locatelli obviously jumps to the top of the championship standings, and can look with absolute confidence to the continuation of the season. The appointment is now for the second round of the 2020 World Supersport Championship, which will take place over the weekend of 13-15 March at the Doha circuit in Qatar.

P1 - Andrea Locatelli (BARDAHL Evan Bros. WorldSSP Team, Yamaha)
P2 - Raffale De Rosa (MV Agusta) +5,817
P3 - Jules Cluzel (Yamaha) +6,780
P4 - Corentin Perolari (Yamaha) +11,372
P5 - Lucas Mahias (Kawasaki) +11,423
Andrea Locatelli: "It was a fantastic weekend, which I'm still not realizing. I missed winning, it's a beautiful feeling: the race wasn't easy, both for the track conditions different from the last few days and for the flag to flag obligation, I still have to learn some things but I think I got off to a good start. The package at my disposal was great, we have worked in the best way since the first practice and I felt comfortable in every moment spent on the bike: I want to congratulate the team for all the effort made both in winter and this weekend, we are all very motivated and this pushes us to give our best to live days like these".