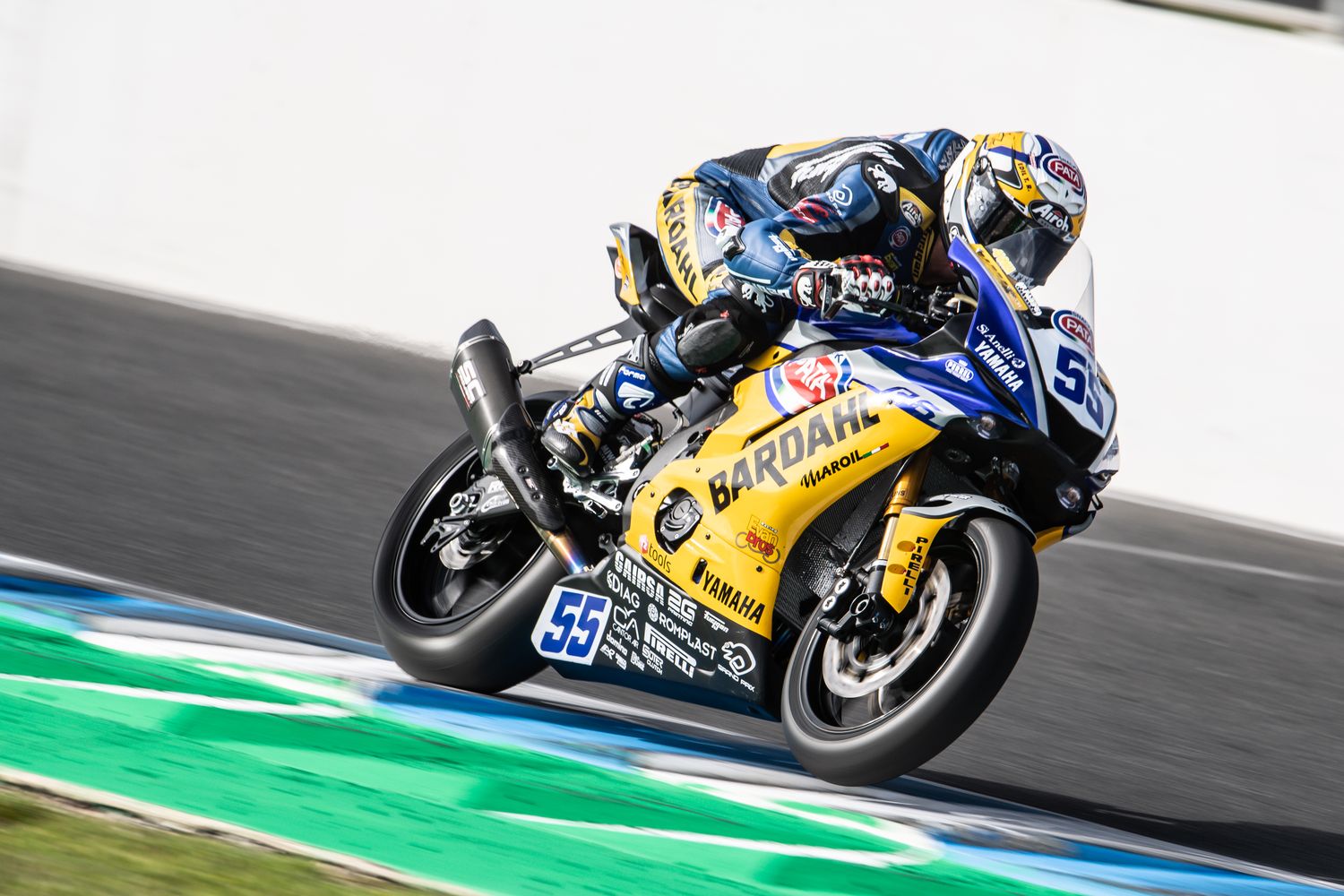 After two days of testing at the beginning of the week, Andrea Locatelli and the BARDAHL Evan Bros. WorldSSP Team are back in action on the spectacular Phillip Island track, for the first day of practice of the first round of the 2020 season, which the Ravenna team will race with the effigy of reigning world champion team.
The weekend opened with a first free practice session conditioned by the wet track, due to the rain that fell just before the start of the action on the track: the track gradually dried out during the 45 minutes available to the riders, with Andre Locatelli able to interpret the conditions and make the difference. The rider from Bergamo was in fact the fastest of the FP1 thanks to the time of 1'34"061, 684 thousandths better than the second in the standings.
The second session of the day was held on a dry track, allowing the rider and the team to work on the bike's set up for the rest of the weekend, despite the display of the red flag during the session due to a mechanical problem with Cluzel's bike. Locatelli was once again one of the fastest in his category, finishing in second place thanks to a time of 1'33"213, and consequently finishing second in the combined standings of the day.

P3 – Raffaele De Rosa (MV Agusta) +0.616
P4 – Can Oncu (Kawasaki) +0.677
P5 – Isaac Vinales (Yamaha) +0.845
Andrea Locatelli: "It was a slightly more difficult day compared to the tests but I am very confident because the feeling with the bike remains excellent. We had a few small problems in the afternoon that slowed us down and we hope to solve them by analyzing the data from the day. We are aware of our value and we are ready to prove it tomorrow on track".